Edu and David attended the same high-school in Madrid, but they only met each other in 2005 in London, where they both attended Electrical and Electronic Engineering at Imperial College. They joined forces to found the Imperial College Gaming Club, which is still active today.

After parting ways post-graduation, they kept in touch, and they met each other again when they both ended up moving to Boston.

Originally from Chile, Edu currently lives in Boston with his loving wife and wonderful dog. He’s been gaming since he first got his SNES + DKC bundle as a kid. He now works in management consulting, which means spending a lot of time on the road, so most of his gaming is currently done on his Nintendo Switch. 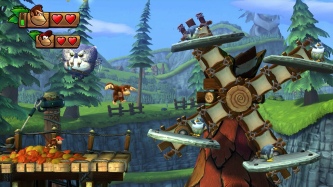 Originally from Spain, he is based in New York and works in banking. He currently focuses on kicking ass on Overwatch, but he is also a huge fan of movies, TV series and reading.